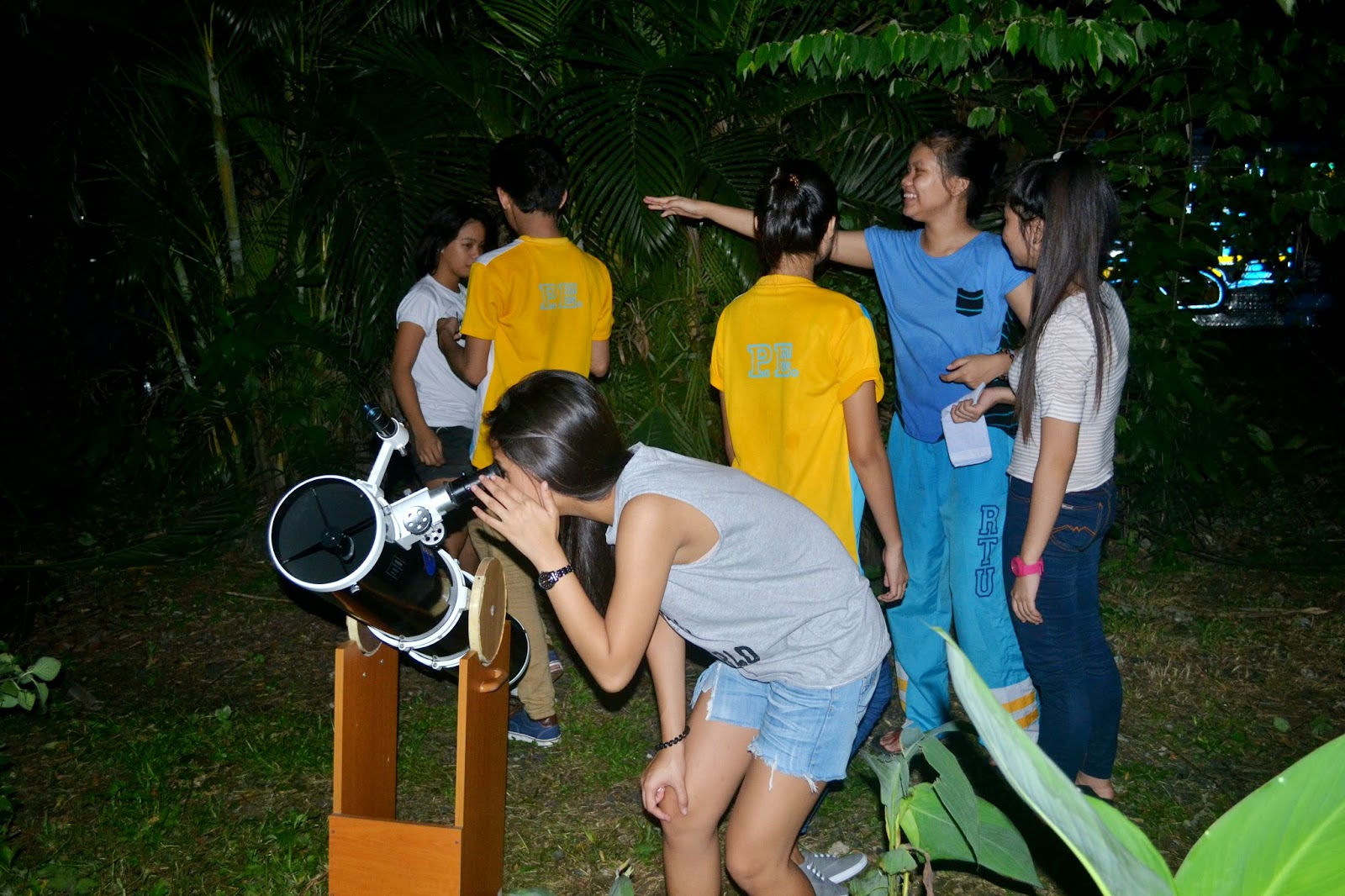 During the summer of 2014 I initiated a series of voluntary special astronomical observations at home. I organized it for some students of batch 2018 of the BS Astronomy-Technology course of RTU. Here I taught them how to do star-hopping, locate targets, as well as describe the properties of some of these targets.

Last Saturday I had an opportunity to do another session despite the rainy season. We saw lesser objects than usual but it was still better than nothing. Our targets were mostly in the Scorpius-Sagittarius region and the summer triangle. For most of them it was also their first time to view Mars and Saturn. I had 6 students with me (Kea, Phoebe, Mae, Iela, Jochelle, & Dhann) with only one who has been with me in the other sessions (Kea). Other students wanted to join as well but were not able to secure permission from their guardians due to the last minute planning of the activity. Hopefully, next time I would be able to have another session with them.
Posted by AstroNorm at 6:54 AM No comments:

The Solar Observation Program (SOP) in cooperation with the RTU Astronomical Society had a setup in the quadrangle of Rizal Technological University. We setup two telescopes for the public observation: a Sky-Watcher SkyLiner 200P with a black polymer filter and a Lunt LS60THa Solar Telescope. For most of the participants it was their first time to look through an H-alpha telescope to view the Sun. Several freshmen students were present as well who have never experienced solar observations. Solar glasses from the Charlie Bates Solar Astronomy Project were also distributed by SOP member Margareth Custodio. The sky was generally clear although a few clouds rolled in every once in a while.


After the public observation we proceeded to the astro-auditorium to watch Star, an episode from BBC's Planets. The film Star discussed concepts about our own star and how our understanding of it has developed through the years. It was followed by a Q&A where students opened up their questions regarding the Sun.

Afterwards the group proceeded with lunch and some members came along to join forces with another participating partner in Rajah Sulayman park - the Astronomical League of the Philippines.

-Norman Marigza
Head, Solar Observation Program
Posted by AstroNorm at 1:54 AM No comments:

This Sunday, June 22, 2014, the world will celebrate the International Sun-Day. The event is organized by Pamela Shivak (founder) and Stephen Ramsden (Director, CBSAP).

The SOP will be setting up their solar observation in the RTU quadrangle at 10:00 AM and will be conducting an infographic campaign on facebook.

ALP will be setting up a free public viewing of our very own star at the Rajah Sulayman Park at 3:00 PM. Feel free to join us if you are in the area.

To learn more and see a listing of all the participating partners throughout the globe, you can visit: solarastronomy.org

Posted by AstroNorm at 8:40 PM No comments: