I woke up much later than usual on the morning of May 30. The sky was already of a blue hue and hardly any stars were visible. I was only able to squeeze in a few shots before having to prepare for work. 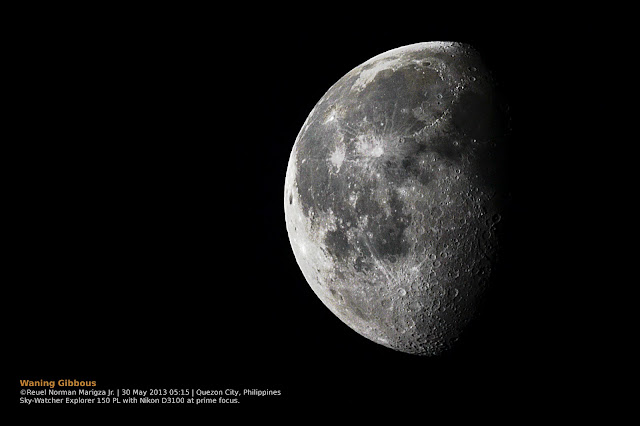 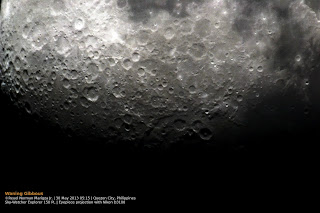 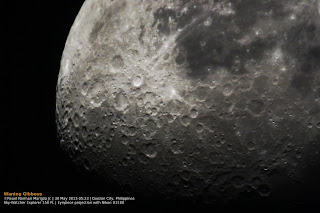 The sky was clear on the morning of May 31. I had to setup outside since the Moon was low enough for it to be obstructed by the neighboring houses. I was able to capture a several good close ups of the lunar surface. 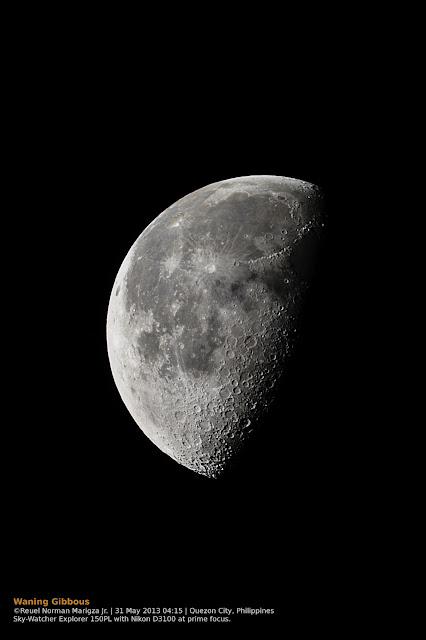 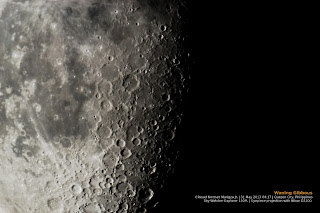 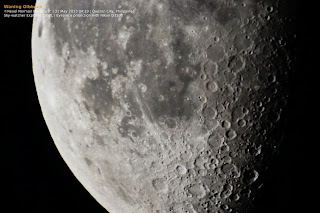 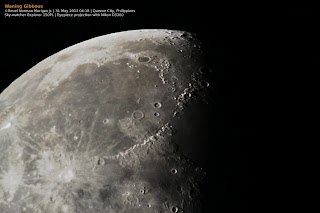 Posted by astronorm at 3:06 AM No comments:

The sky was partly cloudy this morning so I wasn't able to get close ups of the lunar surface. I only had a few minutes in a cloud gap. 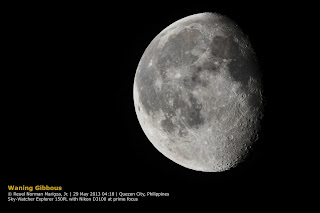 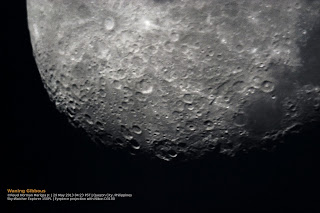 Posted by AstroNorm at 9:52 PM No comments:

The Moon will be rising much later during the waning phases. Some people are not able to observe the waning phases since you either have to stay up late or rise up early. As an observer, I personally have not been able to complete one straight lunar cycle due to this factor and of course, cloudy weather. This were taken during the early morning of May 28. I suddenly had a drive to image the waning phases of this month's perigee Moon for a project. 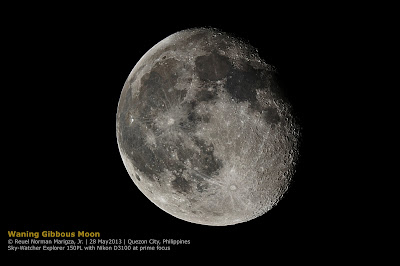 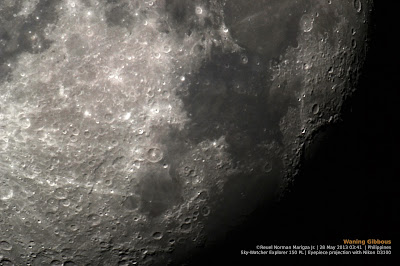 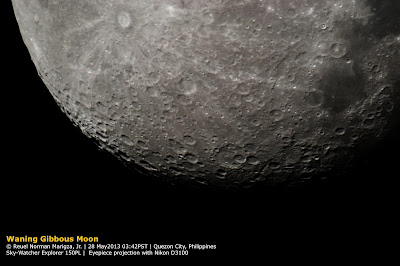 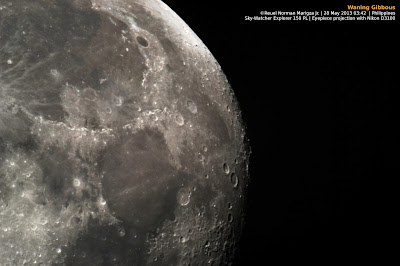 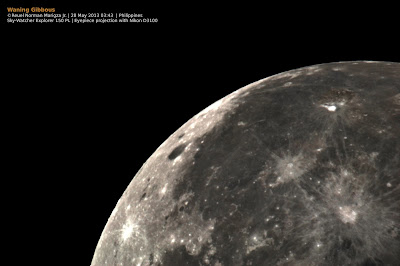 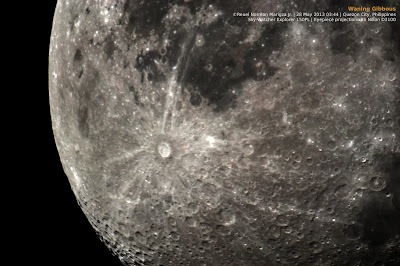 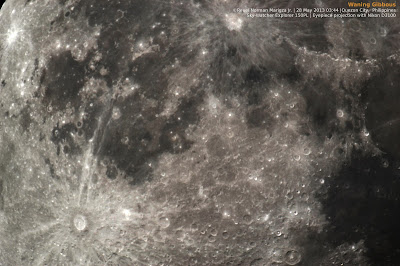 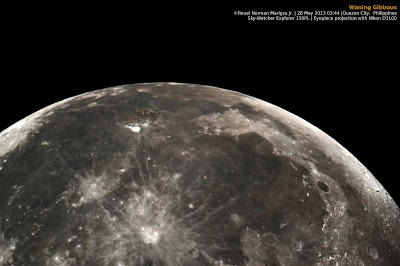 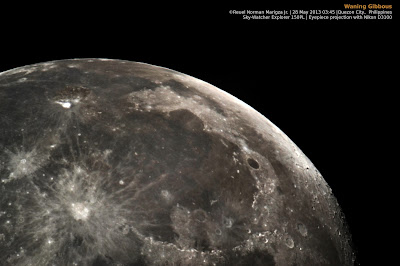 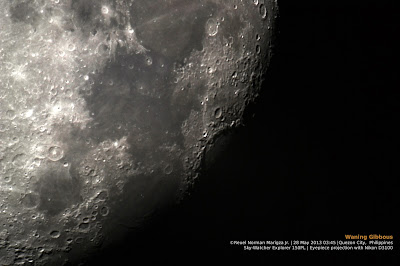 Posted by astronorm at 6:16 PM No comments: