Last February 18-20, I traveled to Manila to participate in IYA 2009 National Astronomy Olympiad, held at UP NISMED. I represented region seven in the nationals, since I was blessed to win the Regional level in Cebu, last Feb 21. I was blessed further by becoming champion of the olympiad in the national level.
The IYA 2009 National Astronomy Olympiad  was held at the UP NISMED auditorium in UP Diliman, last Feb 19. The categories for the competition were: multiple choice, open ended1 and open ended 2 , and practical/hands-on.
Here are some pics I took from my cellphone since I wasn't able to bring a camera with me: 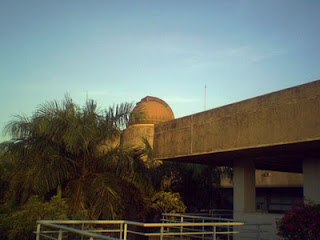 UP observatory at UP NISMED which housed a 16inch  reflector given by the Japanese. 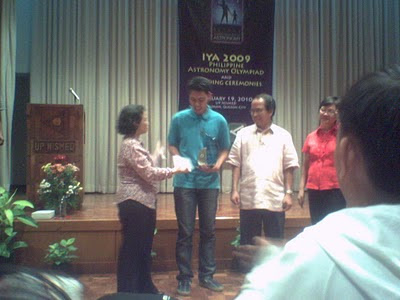 A picture of me receiving the first-prize. 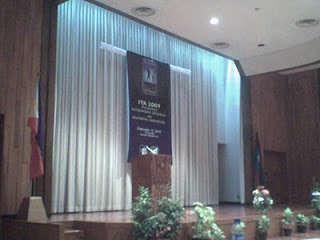 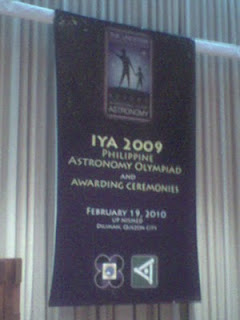 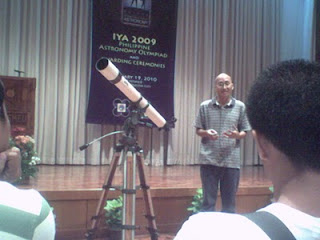 Sir Jun giving a lecture on the equatorial mount 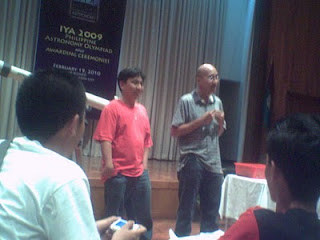 sir Bamm and sir Jun
Posted by AstroNorm at 7:57 AM No comments: