To the Next Stargazers of Silliman University 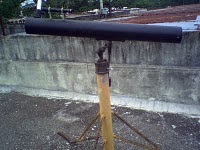 During my stay in the Physics Department of Silliman University, I have been to familiarize myself with the use of different telescopes. I experienced troubleshooting, getting rust and dust all over my clothes, and putting up and taking down the telescopes. I have taken a look into these telescopes with excitement and with each new thing I learned, my interest in astronomy grew. 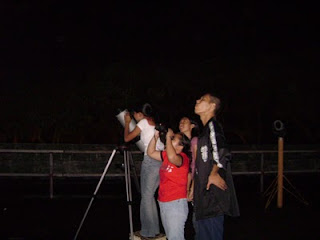 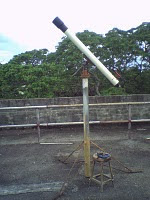 Over the years I have learned about the different mounts and optical designs for the telescopes. I have gotten familiar with which eyepiece to use for a particular target and how to focus to the sharpest image possible. I studied the optics of the telescopes, how to get their magnification and all.

With the added knowledge I gained, I have been able to share it with my fellow BS Physics students. I am glad whenever their interest seems to be perked up. Also, I have enjoyed sharing astronomy during stargazing sessions to students (irregardless of course), church mates and friends who always want to learn more about the wonders we can share under the night sky. The nights I spent in the Astronomy and Meteorology Observation Deck during stargazing sessions and data gathering will always be remembered. I am thankful for being able to spend time to look at the stars in awe. 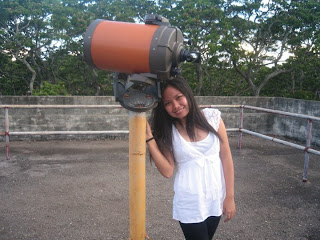 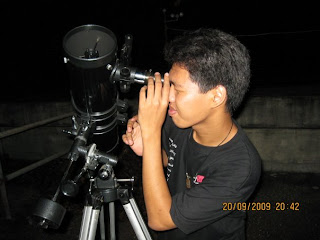 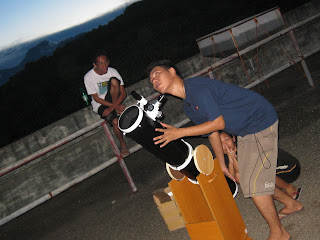 To the future stargazers, astronomy enthusiasts and amateur astronomers of SU, keep it up! You have learned a couple of things from me and I am sure you will learn more in the future as you familiarize yourself with the night sky and the telescopes. Our library has a wonderful collection of Astronomy books which has helped me in my thesis and in the Astronomy Olympiad. What you may not know now you are sure to learn through experience. God bless and clear skies!
Posted by AstroNorm at 8:57 PM No comments:

Posted by AstroNorm at 8:17 PM No comments:

Recently, my mom is bothering me about some news of a so called "super moon" thingy majig that her Facebook friends have been talking about. They say it's going to cause disasters and all sort of stuff and now with the occurrence of the tsunami in Japan I'm sure they're gonna spill out more assumptions, which to say, no offense, is nonsense!

So here I am to correct this hocum with scientific facts about the moon.

The moon as it orbits around the Earth will eventually come closer and also farther because of its elliptical orbit. The closest position of the moon to the Earth is called a Lunar Perigee. The Farthest position of the moon from the Earth is called a Lunar Apogee. While it is true that the gravitational pull between the moon and the Earth causes a tidal bulge, the Perigee position will not cause it to create the devastating scenarios that are spread through rumors.

Now what about the Tsunami in Japan, well the moon is not even over Japan at the time of the tsunami nor was it in its Perigee position. It is pure coincidence. The Earthquake doesn't relate with the moon's so called relative closeness to the Earth.

From POPSCI it says:
Past supermoons have coincided with natural disasters--the Indonesian earthquake in 2005, Australian flooding in 1954--but scientists note that those are unrelated, more likely than not. Says John Bellini, a geophysicist at the U.S. Geological Survey: "A lot of studies have been done on this kind of thing by USGS scientists and others. They haven't found anything significant at all." The tides will pull a bit higher, but earthquakes are almost completely unaffected and volcanoes are not likely to show unusual behavior. John Vidale, a seismologist at the University of Washington in Seattle, said "Practically speaking, you'll never see any effect of lunar perigee. It's somewhere between 'It has no effect' and 'It's so small you don't see any effect.'"

In reality, the Lunar orbit is expanding outwards. The moon as it revolves around the Earth slowly moves away into space. This means that when the moon approaches it's Perigee it is still further out into space compared to when it was before. Proof of which is the occurrence of annular solar eclipses which means that the moon is further out and their angular diameter is not big enough to cover the sun completely.
So, scientifically speaking, there is no way that the moon caused the tsunami.

Not understanding something and spreading false facts about it can cause confusion. The Mars hoax for example where they say that Mars will appear as large as the moon in the night sky is theoretically impossible. We have to be careful about the things we share.

Here is an additional sight you can view written by an actual scientist:
Hudson Valley Geologist
Posted by AstroNorm at 12:35 AM No comments: