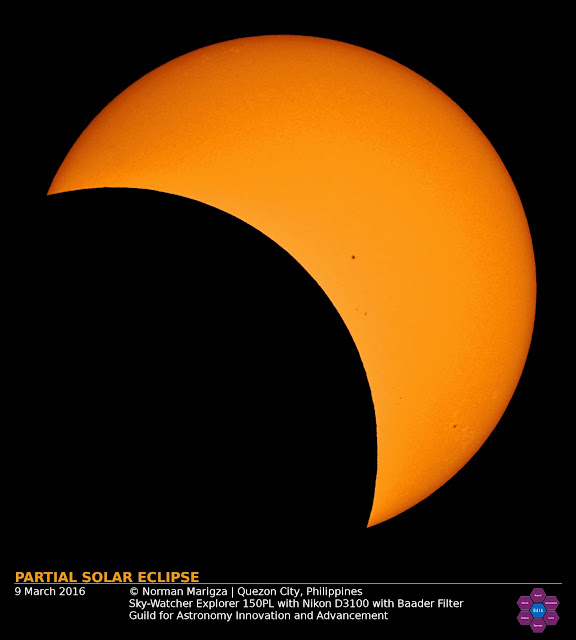 Here is my coverage of the March 9 Partial Solar Eclipse as seen from Project 6, Quezon City, Philippines. I setup my Sky-Watcher Explorer 150PL with my Baader solar filter for imaging and my Celestron Travelscope 70 with black polymer filter for visual observation. The initial forecast in the morning suggested partly cloudy skies but was fortunate to get good conditions except for the end of the eclipse.

The umbral shadow will pass through the waters of Indonesia giving us only a partial view. Originally the plan was for me and my friends from the International School for Young Astronomers to meet back at Indonesia for the eclipse but we weren't able to do so. Instead I took a leave today from work to cover the eclipse. As the eclipse progressed I tried to share the observations to the general public via Facebook. 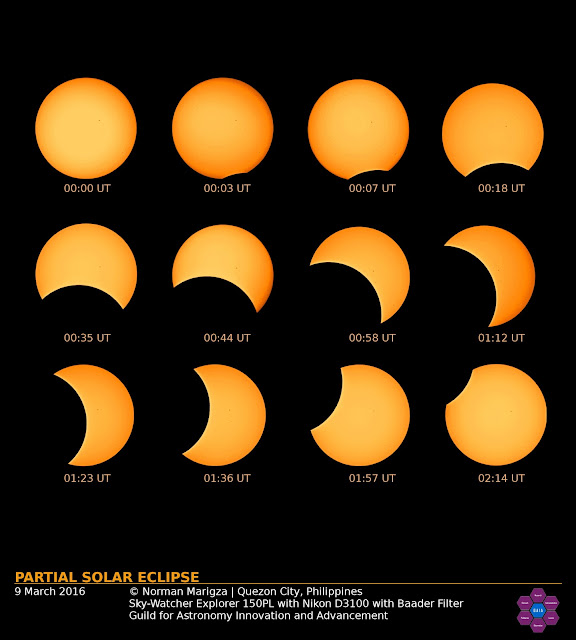 The rest of the astronomical community are dispersed in different areas to cover the eclipse. In the coming days I hope I can feature the different solar eclipse activities here. 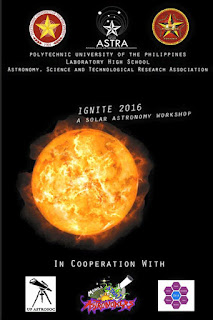 On February 29, 2016 four astronomy groups came together for a collaborative solar astronomy workshop entitled "Ignite 2016". The whole day workshop was held at the Polytechnic University of the Philippines Laboratory High School (PUP LHS). The participants were exposed to four areas:


This workshop was done to assist the newly established Astronomy, Science and Technological Research Association (ASTRA) of the PUPLHS. This effort was made possible through the cooperation of the Guild for Astronomy Innovation and Advancement (GAIA), the University of the Philippines Astronomical Society, and the Manila Street Astronomers (MSA). 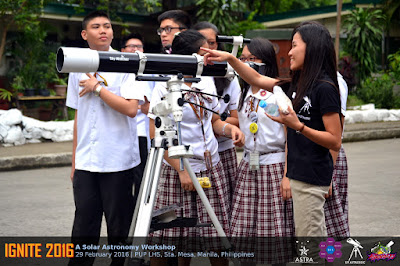 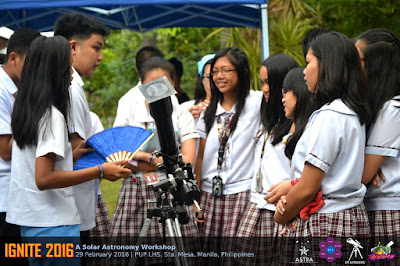 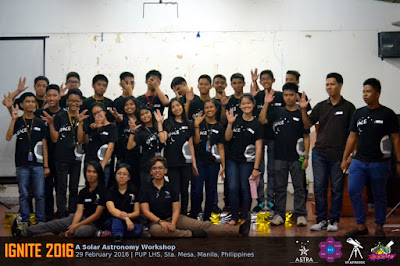 Posted by AstroNorm at 12:58 PM No comments: