Posted by AstroNorm at 9:34 AM No comments:

Here is the program schedule taken from the Astronomers Without Borders website:

AWB is planning a rich schedule of programs and events for Global Astronomy Month 2012 (GAM2012), all designed to inform and inspire the public throughout the world. Below is a sampling of some major events listed by date but there is much more to come soon. For more information on each program, click on the highlighted links.

Posted by AstroNorm at 6:39 AM No comments: 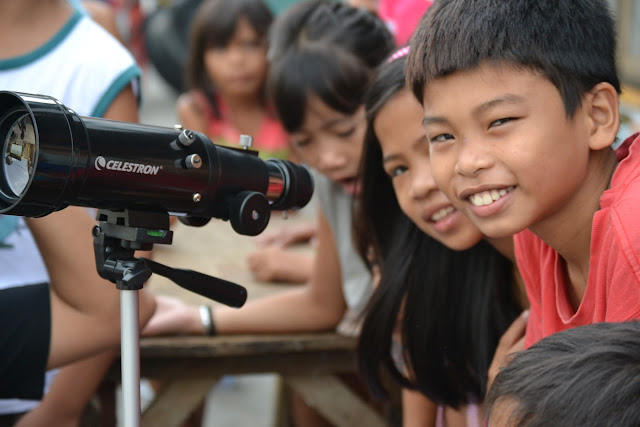 This morning, we went to 118 San Miguel, (Brgy. Plainview) Mandaluyong City, to have our extension program. Part of our requirements as graduate students in Astronomy of RTU is the conducting of an extension project. within Pasig/Mandaluyong. The goal of our extension program was to promote astronomy education by providing scientific awareness as well as foster an interest into the hobby/science of astronomy. We also sought to inspire the young minds of students as well as give them a first hand opportunity in being involved in astronomical activities.
We introduced the kids to the basic facts about astronomy, various naked eye objects, the celestial sphere and the use and assembly of telescopes, as well as introduce them to amateur astronomy.

Posted by AstroNorm at 3:23 AM No comments: 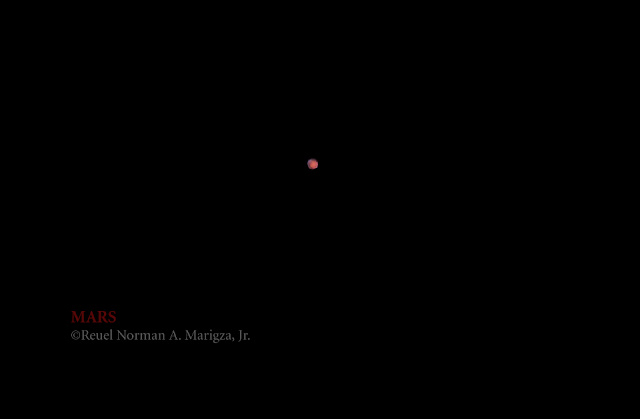 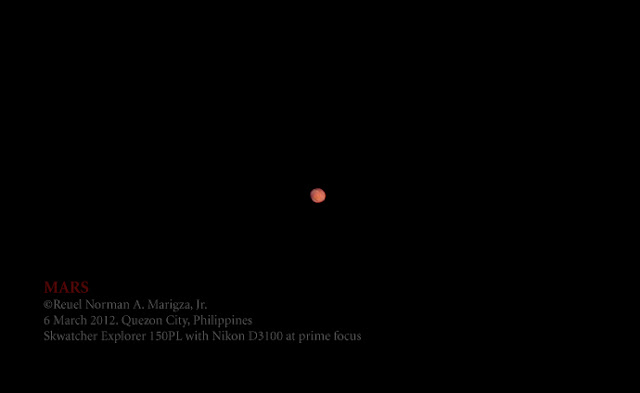 Posted by AstroNorm at 6:07 PM No comments: 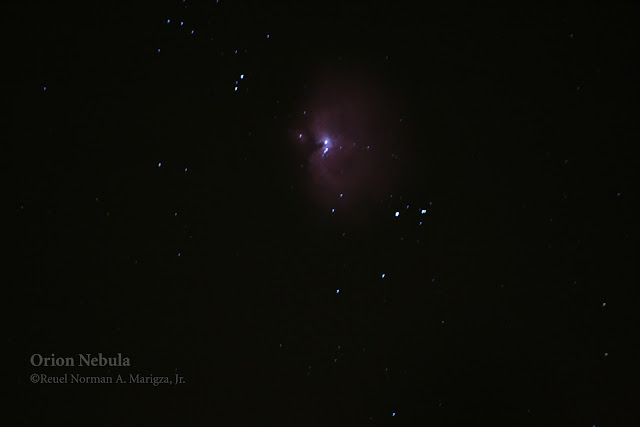 Since I'm still relatively new to astrophotography, I'm still learning how to improve my image processing. For now I'm happy with how this image turned out. :D
Posted by AstroNorm at 5:11 PM 5 comments:


Last Sunday, we were at Rajah Solayman Park to hold a public viewing of Mars. This is a project of the Astronomers Without Borders in collaboration with Sidewalk Astronomers. The activity was entitled “Beauty Without Borders: Hello Red Planet” where observers all around the globe set their scopes on the streets to let people get a glimpse of the red planet during its closest approach/opposition.

A lot of people passing by came to take a glimpse of Mars through our telescopes. We had 5 telescopes set up to look at Mars for that evening. Unfortunately, there were some clouds covering Mars every now and then so we let the people view the Moon during those periods. 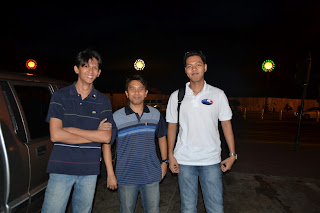 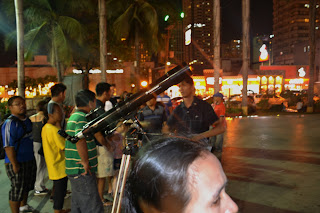 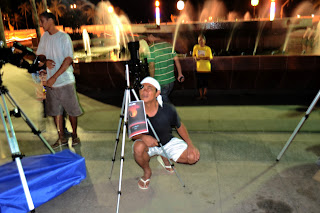 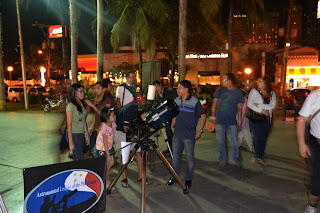 Posted by AstroNorm at 7:38 AM No comments: