Despite cloudy forecasts, astronomers and astro-enthusiasts from all over the Philippines were able to take their glimpse of the last Venus transit of our generation. Also, the media gave a wide coverage of the event - which goes to show the growing interest of the public for astronomy.

I observed the Transit of Venus (TOV) from the University of the Philippines College of Science Amphitheater with the joint collaboration of the university based astronomical societies (Rizal Technological University, UP, & UPLB) in partnership with DOST-PAGASA and the Australian Embassy. The sky was partly cloudy during the event and the sun was concealed every now and then, but still we were able to witness the TOV. 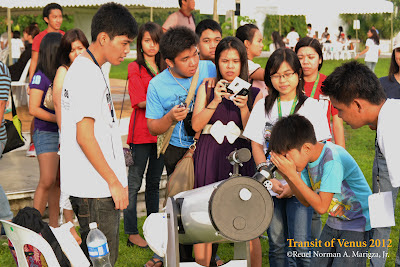 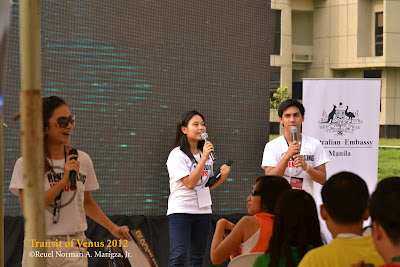 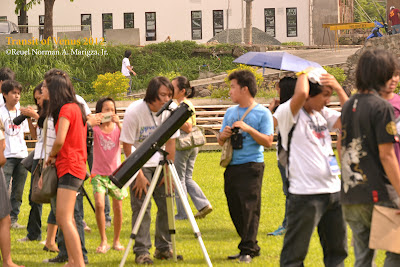 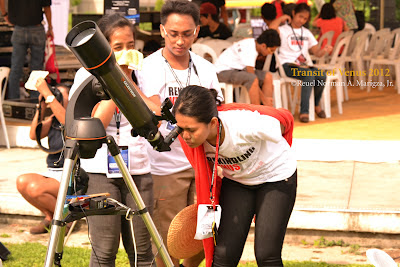 Posted by AstroNorm at 4:00 AM No comments:

This evening, June 4, 2012, was a partial lunar eclipse. This happens whenever the Earth is in between the Sun and the Moon, and they become aligned in a way that the shadow of the Earth will cover part of the moon.

The event happened during moonrise so I had to find a clear view of the East. The best view I could get from my immediate vicinity was from the overpass at Q-mart in Cubao, Quezon City. The sky was also very cloudy due to a recent storm that passed by. I was reluctant to observe but I decided to go with it anyway. I grabbed my Nikon D3100 and a 55-200mm Nikkor lens and waited for the moon to reveal itself.

The moon began peeking through the cloud cover and I started grabbing some images. Unfortunately I wasn't able to get any good shots and the clouds obscured my view of the maximum eclipse (at 38% cover of umbral shadow). Also, I had to leave the site since there were suspicious individuals eyeing my camera (almost lost my wallet to a pick-pocket the previous night; never observe alone in an unsecure location).

Dismayed by my lack of usable images I went home to follow the live TwitCast from the astrocamp observatory. I went out every now and then hoping to catch a glimpse of the eclipsed moon. Fortunately, the skies cleared a bit and I rushed to take out my 6" Newtonian reflector and set it up on the street. I was finally able to get some decent images. Too bad I wasn't able to do an eclipse progression. Maybe next time! :) 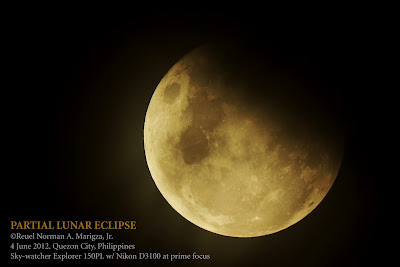 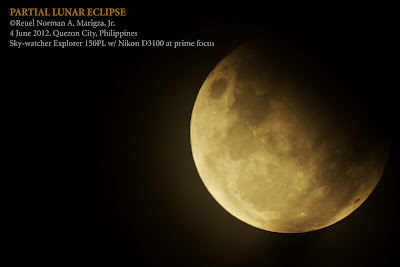 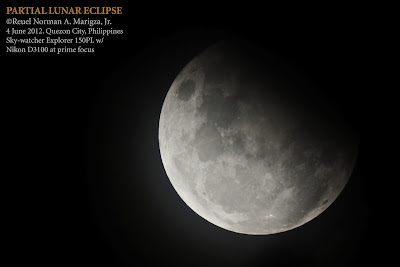 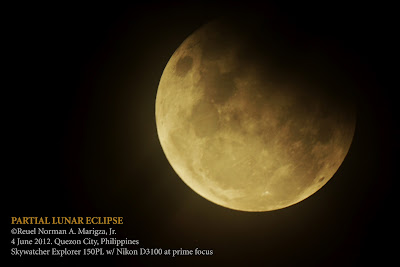