One of the good Christian traits is sharing. In science, "the process of discovery is not complete until results can be shared with others" (Keck Observatory).
Last October 14-16, I attended a youth retreat of our church. As part of the organizers, I decided to add stargazing to our list of activities. I brought my telescope along since most of the youth have already expressed an enthusiasm for stargazing. Some have even made it a point to text me whenever a bright star appears in the night sky. I was able to show them the moon, Jupiter, the Pleiades (seven sisters). I wasn't able to show more due to obstructing clouds and a fever.
I have shared my love for astronomy to my church friends and they have shared the enthusiasm with others. I recall even in one of the stargazing sessions of the physics department that one of them came back 3 times, each time bringing someone new.
Sharing astronomy to the world is fun. You get to make people wonder what else is out there. When people wonder then they become more interested. It's a wonderful way to promote astronomy. I recall, before, during the IYA that there were even those who were 'dinumog ng street children' during one of their side walk telescoping events. The science of astronomy is loved by all, not only the academically inclined but also by common folk. You'll be amazed at the individuals who get caught up in the sharing of astronomy.
The other night, I was at Mabinay attending a Church workers assembly, I was reading a fully illustrated book entitled Smithsonian's Intimate Guide to the Cosmos. A pastor who was sitting beside me wanted to take a look. I've only began to read that book but he was already asking questions about all the pictures. We discussed Mars rovers, landscape of Venus, black holes, the giant impactor theory, solar sails, etc.
Astronomy is fascinating!
Posted by AstroNorm at 3:48 PM No comments:

Email ThisBlogThis!Share to TwitterShare to FacebookShare to Pinterest
Labels: journals

It's good to finally sit down and write here again :)

Well, this post is about a telescope I call Alpha. I'm surprised I wasn't able to write anything about it yet. I purchased the scope from Allen Yu using my prize money from the IYA 2009 National Olympiad. 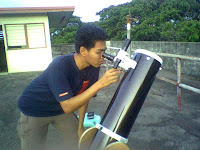 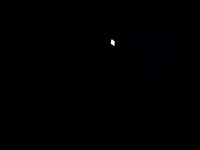 My scope is a Skywatcher Explorer 150PL telescope (Black Diamond). Although I don't have the equatorial mount, I still have the mount built by Allen.


I have used this scope in the physics department's stargazing, and am very pleased with the results. I'm beginning to favor this scope over the departments C8 that I usually operate. 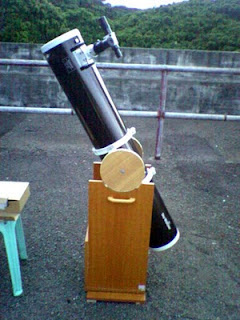 Posted by AstroNorm at 9:45 AM No comments: