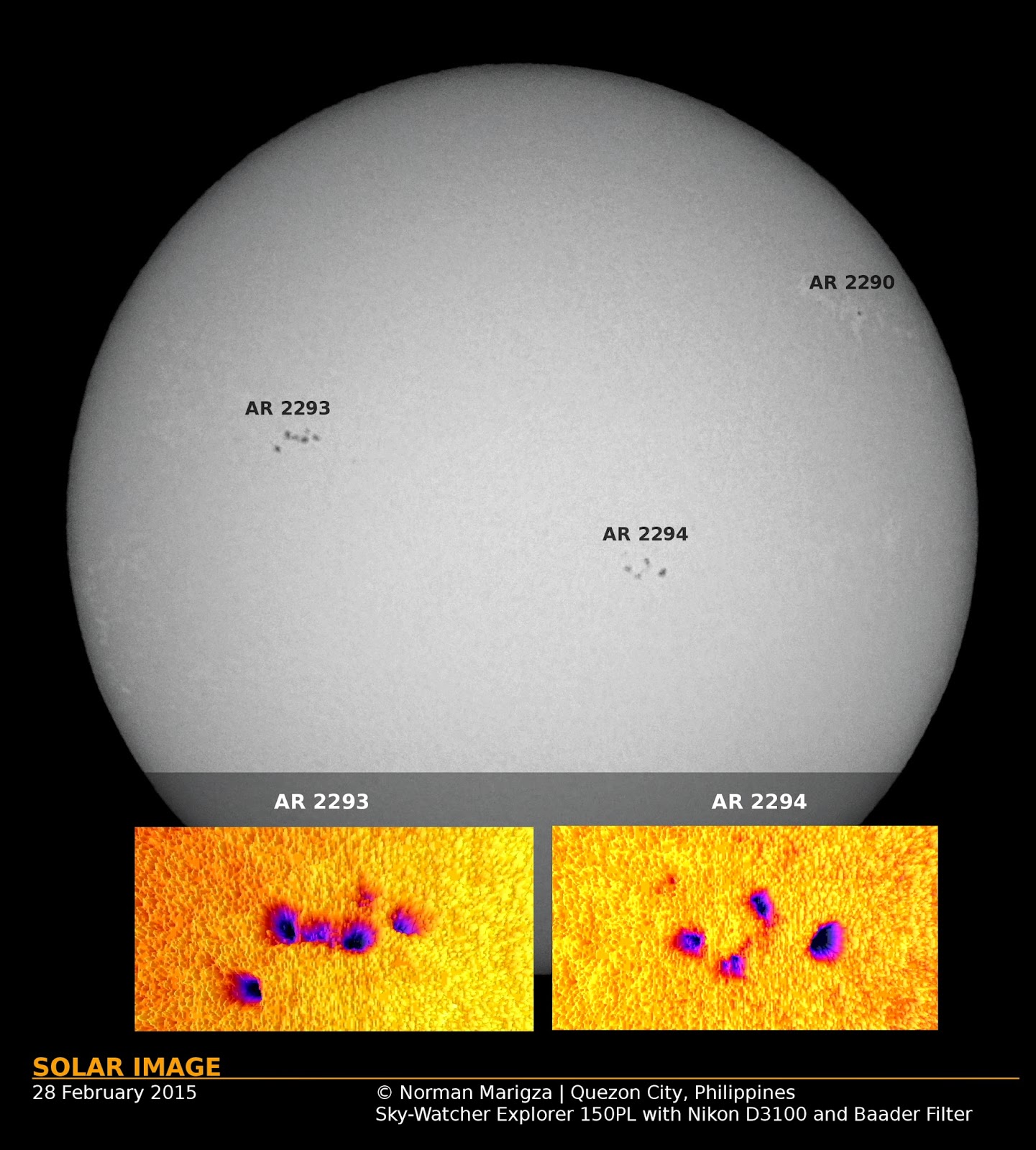 Solar image for January 28. Still low sunspot activity in the Sun. AR 2290 is now receding from the Earth facing side.  The previous grouping with no NOAA designation is now labeled as active region (1)2294.

Below are the 3D rendering of AR 2294 from yesterday and today. There is a huge difference in the structure of the sunspot group.

Posted by AstroNorm at 10:51 PM No comments:

The Sun currently has a low sunspot activity, so observations would be ideal in other wavelengths at the moment rather than in white light. There is a grouping at the center (below solar equator) that currently has no NOAA designation. 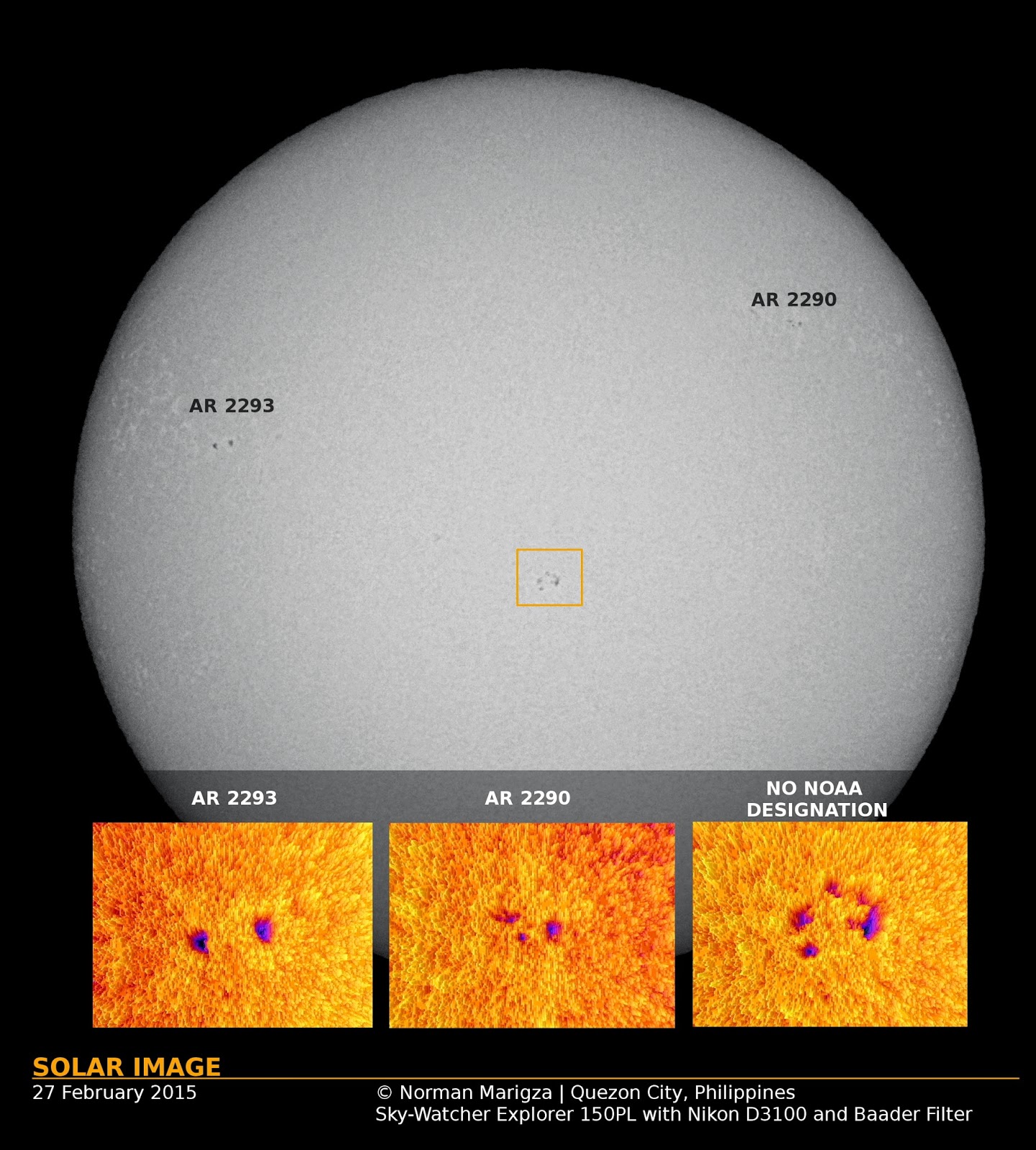 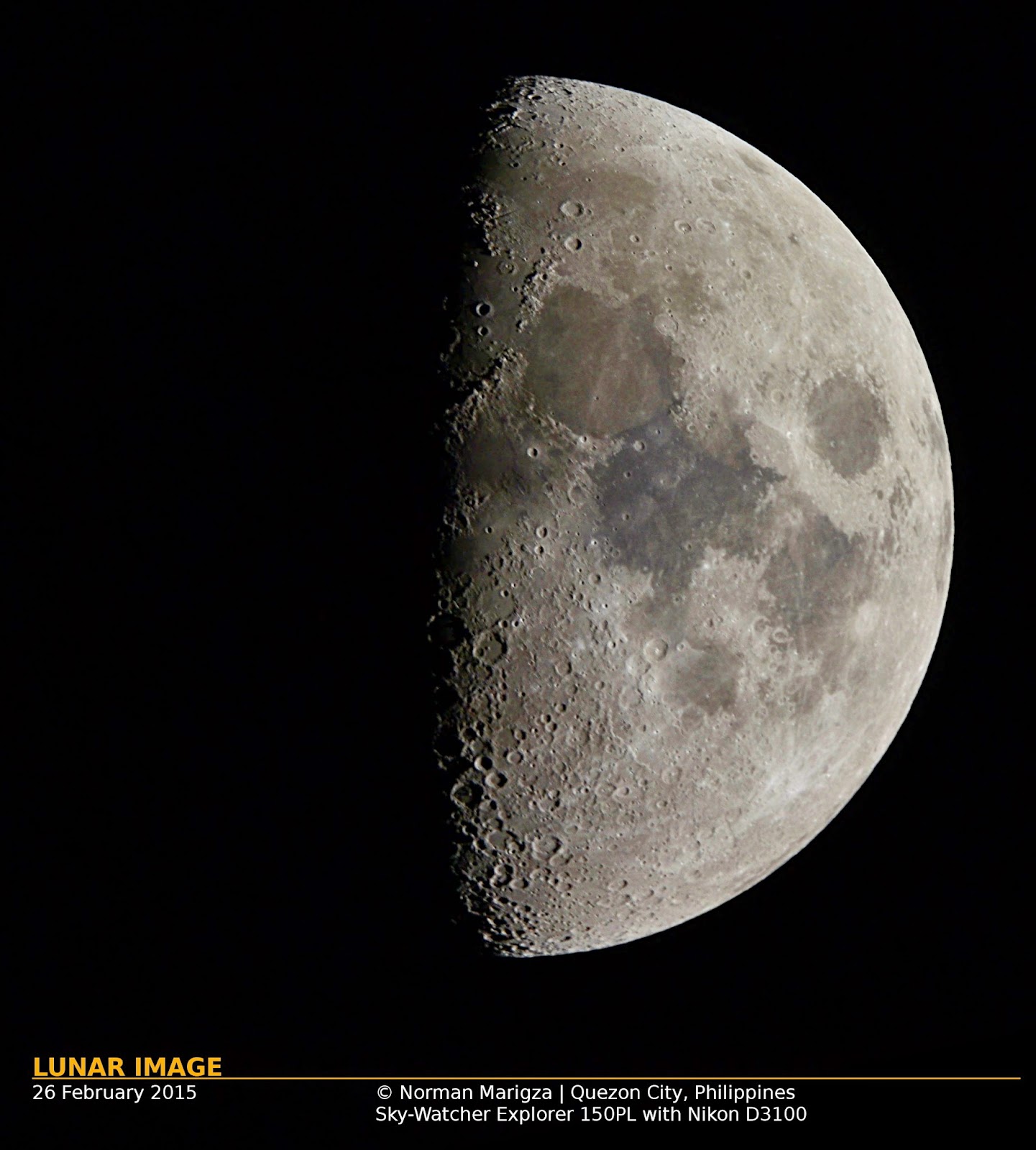 Posted by AstroNorm at 8:07 PM No comments:

During the National Astronomy Week (NAW), the Andromeda Mobile Planetarium team decided to conduct archaeoastronomy. Archaeoastronomy (also spelled as archeoastronomy) deals with astronomical practices, socio-cultural interpretations and applications of ancient cultures. During our events in Tadian Mountain province we heard of a rock formation used by farmers with the Sun.

The rock formation known as the Besao Sunset comes as one of the tourist destinations listed in the Cordilleras. However, very limited information about it can be found online. In fact, all the sites I have encountered uses the same line:

"Besao Sunset (Besao) - a primitive formation of two rocks where farmers can determine seasons by how the sun's rays fit into the crevices in the rock formation."

Due to the lack of information, the Andromeda Mobile Planetarium team decided to document this structure. We informed miss Bel Pabunan, curator of the National Museum Planetarium, of what we intended to do. Our write up will be forwarded to her. As we set out for our event in Agawa Elementary School in Besao, we started asking the locals about information regarding the stone structure. A teacher from Gueday Elementary School, one of the participant schools, pointed out that the rock structure was next to their school in the Besao Rice Terraces. After our event, we set out for the Besao Rice Terraces. 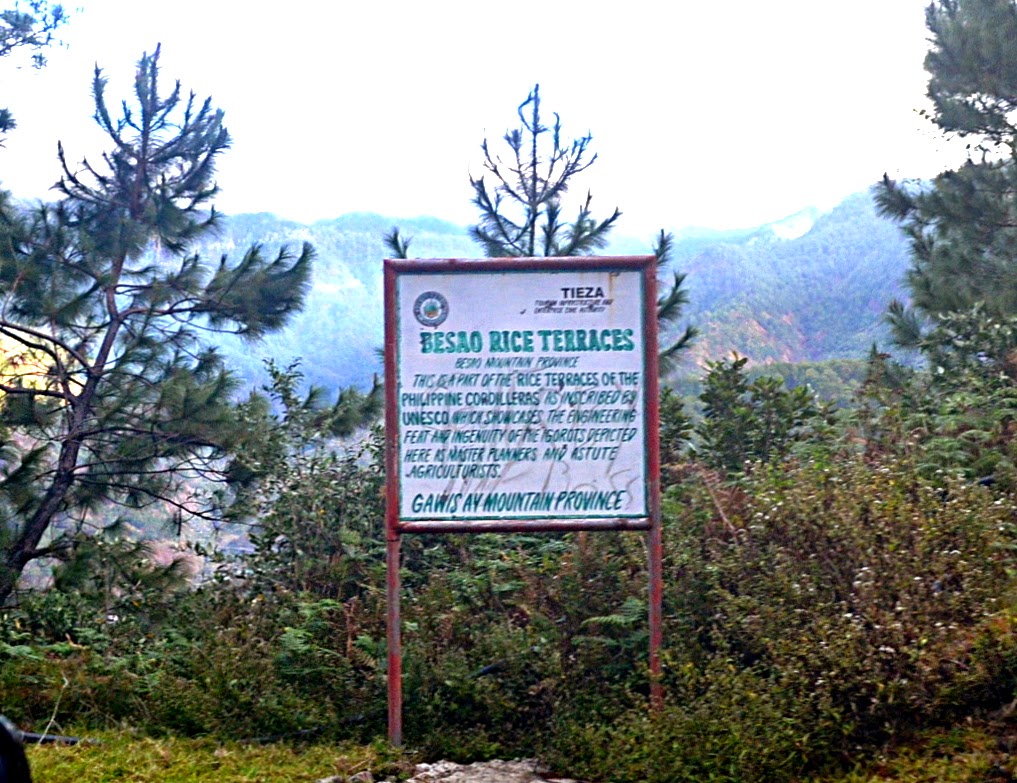 The teachers from Gueday Elementary School offered us some snacks as we arrived, and we discussed the nature of their place. The area is quite remote and they rarely get visitors (despite websites having them as a tourist site). We then headed to the first part of the stone structures which aligned with the view of the Sun. The upper part of the main stone pillar that contained etches was taken away in 1986 - some say by the National museum, other locals suspect tourists. The locals mentioned that it was visited by an archaeologist in the past. Our research show that the late William Henry Scott indicated that the etches were said to resemble ancient writings from the Shang Dynasty in China (16 BC).

The etches indicated cultural practices in which a boar was sacrificed in the center of the dap-ay. The size of the boar depended on the planting period.

The head-like rock formation that aligns with the Sun.

The North-South directed crevice below the stone head.

Posted by AstroNorm at 6:06 PM No comments: