I took some time with my mom to visit the Silliman Beach in Dumaguete City, Negros Oriental, to await the Moonrise. The sky finally became favorable allowing me to do some imaging. The site was also very good; the sea to the East and the Silliman farm to the West. I did some long-exposure images of the sky (w/o a tripod) while waiting for the Moon to rise.

Eventually, the Moon's red glow started to illuminate the East. The edge of the horizon was slightly obstructed by the island of Siquijor from a distance. The Moon's red color happens as a result of the refraction of light rays from the Sun by the atmosphere of the Earth in what we call atmospheric lensing. The light is bent into its component colors with red being the dominantly bent among the colors of the spectrum. This same phenomena of refracting light happens during a total lunar eclipse. As the Moon slowly rises into the sky its light will turn orange, yellow, and then white. 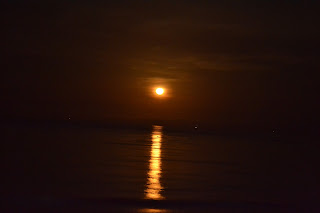 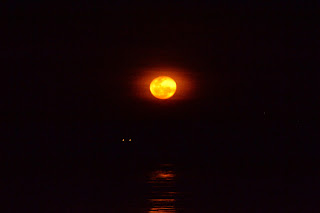 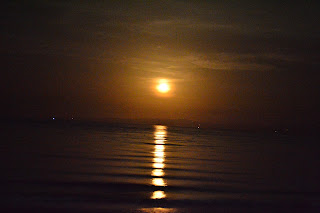 Posted by AstroNorm at 9:28 AM No comments: