Last Monday my friend Cliff and I set out to a property owned by their family to do some equipment testing and astro-photography. Cliff  acquired a Celestron AVX mount from one of the MSA members earlier this year but never got to really put it to the test. So the objective of the night was to get the mount to run smoothly. I brought along my Omni XLT 150 to use. We started out early in the site which was a building undergoing construction. The third floor had an amazing clear view with minor obstructions from the distant mountain side. We usually setup in a darker location in mount Sto. Tomas but this site proved to be ideal as well. The light from Baguio City's central business district was shielded from our view and the transparency helped eliminate the sky glow from the nearby houses. 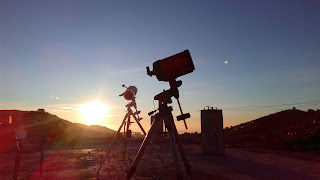 The mountainside to the North was just low enough that we were actually able to see Polaris and do a proper polar alignment (this was the best alignment we've had since Cliff started doing astrophotography). Prior to this Cliff had to make 18 minute adjustments to the AVX to get it to track correctly (could have been due to adjustments made when rough aligned). After the two-star align process we had to input some calibration stars before getting it to track smoothly.

I was also able to get good alignment for my CG4 but unfortunately failed to check on my collimation. I ended up troubleshooting my collimation for the first part of the session.

With both of our scopes properly aligned the test run ended up being a full-fledged imaging session. We got to image the following targets: double cluster, Triangulum Galaxy, Andromeda galaxy, Running man nebula, Flame nebula, de Mairan's nebula, Orion nebula, Horsehead nebula, Pleiades, Rosette nebula, and Collinder 38. We packed up a few minutes after the Moon came up. 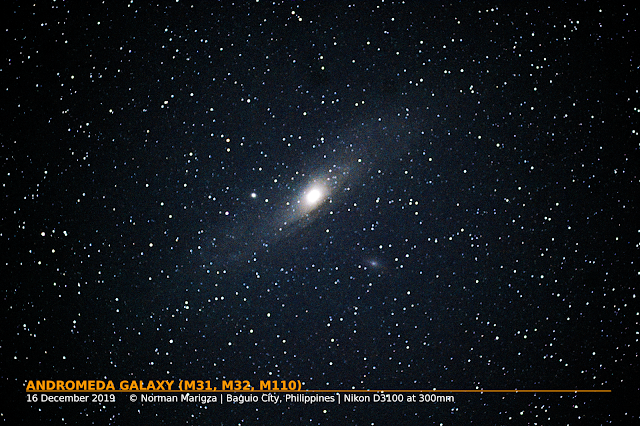 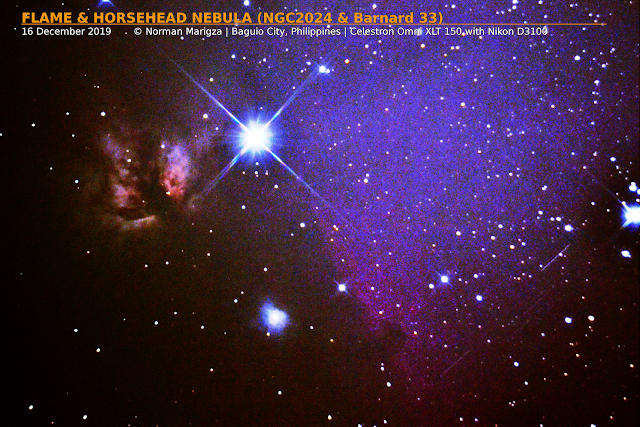 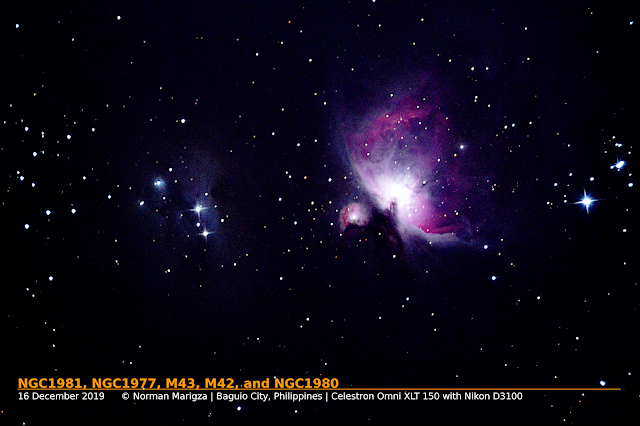 Posted by AstroNorm at 2:17 AM No comments: