February 14, 2011
As part of the pre-NAW celebrations of Rizal Technological University's Department of Earth and Space Sciences, the RTU Astrosoc conducted a lecture series.

The first lecture was conducted by Miss Girlie Cortez, a 3rd year BS AstroTech student of RTU. Her talk was entitled "The Anatomy of a Comet". This was her very first talk, and despite being nervous, her content was good.

The second lecture was conducted by our very own filipina astrophysicist (a celebrity to the Filipino astronomy community :D), Dr. Reinabelle Reyes from the Kavli Institute for Cosmological Physics at the University of Chicago. She is currently working on her post-doc at the University of Chicago where she is studying galaxy formation. Her talk was entitled "The Birth and Death of the Milky Way," a talk she will be giving also in other places such as the recently opened Mind Museum in Taguig. During her talk she focused on three questions which served as a guide in identifying how our own milky way came to be: 'What are we? (Where are we?)'; 'Where did we come from?'; 'Where are we going?'. After her talk there was an open forum where several questions were raised by an interested crowd which Reinabelle generously addressed.

Following after was a thesis deliberation by the 4th year BS Astro Tech students [Pauline Pearl Divinagracia, Maria Angela Lequiron, & Miguel Artificio]. Their thesis was entitled the Development of Astronomy Instrumentation in the Philippines. They pointed out the different astronomical equipments that are present in the Philippines.

After the program ended, Dr. Reinabelle Reyes graced the RTU students with a photo-op and took some time to answer more questions. 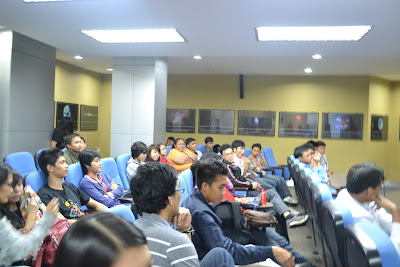 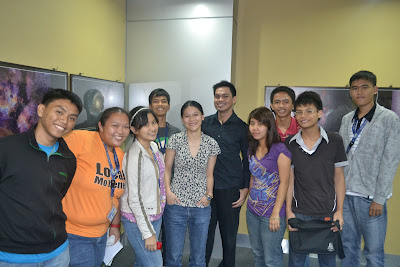 Posted by AstroNorm at 6:24 AM